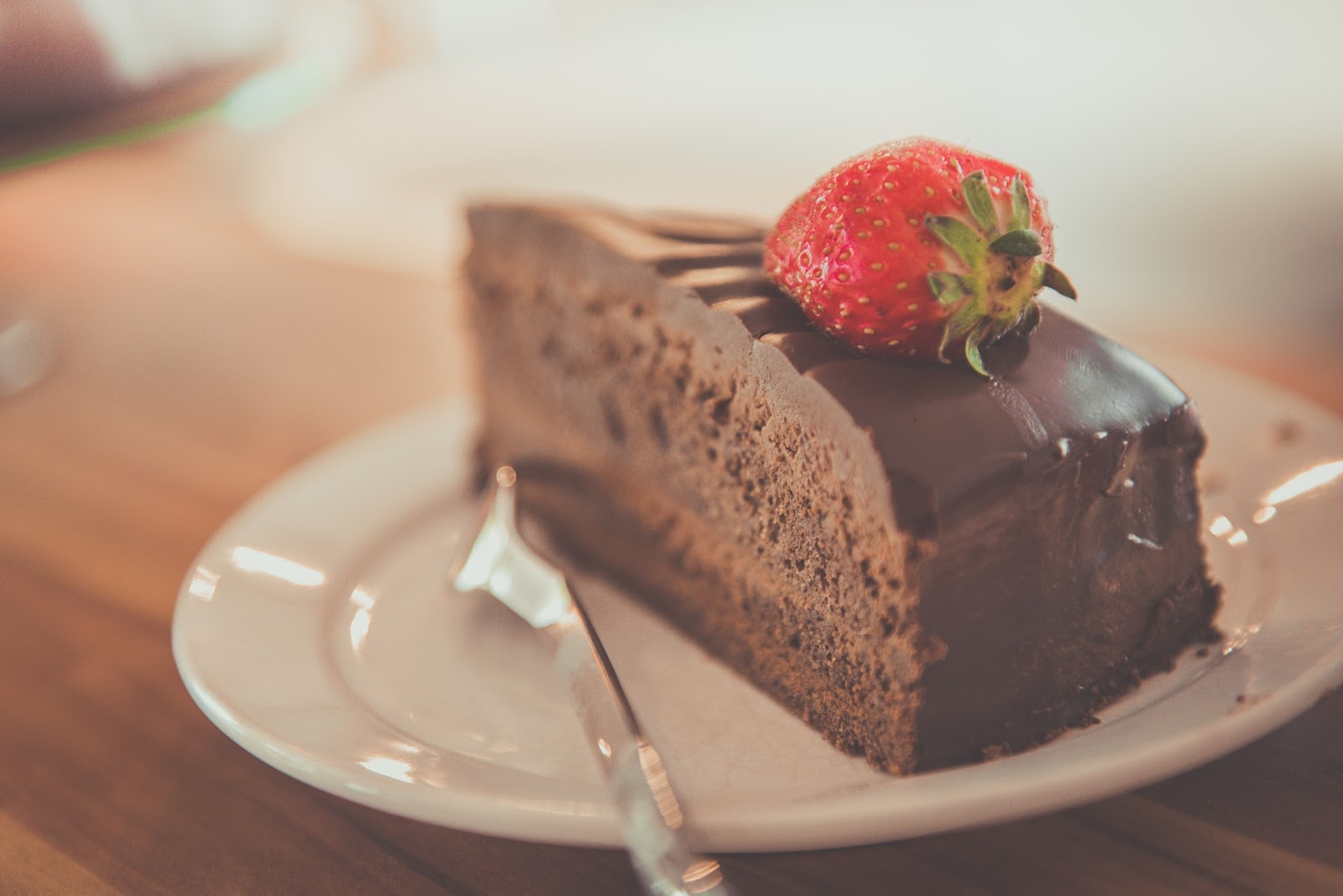 Happy Valentine’s Day! We wanted to honor this occasion by starting a series of posts on “themed towers.” Last week, someone suggested an Aphrodisiac Tower, and the timing couldn’t have been better. So, we pulled together some information about various plants that are easily grown in the Garden Tower® 2 vertical planting system, which may also improve your love life.

Most of this information came from Eat Something Sexy, where you can find an even more extensive list than we have here! We’d love to hear from anyone who’s tried growing some of these in their own Garden Tower® 2 planting systems. 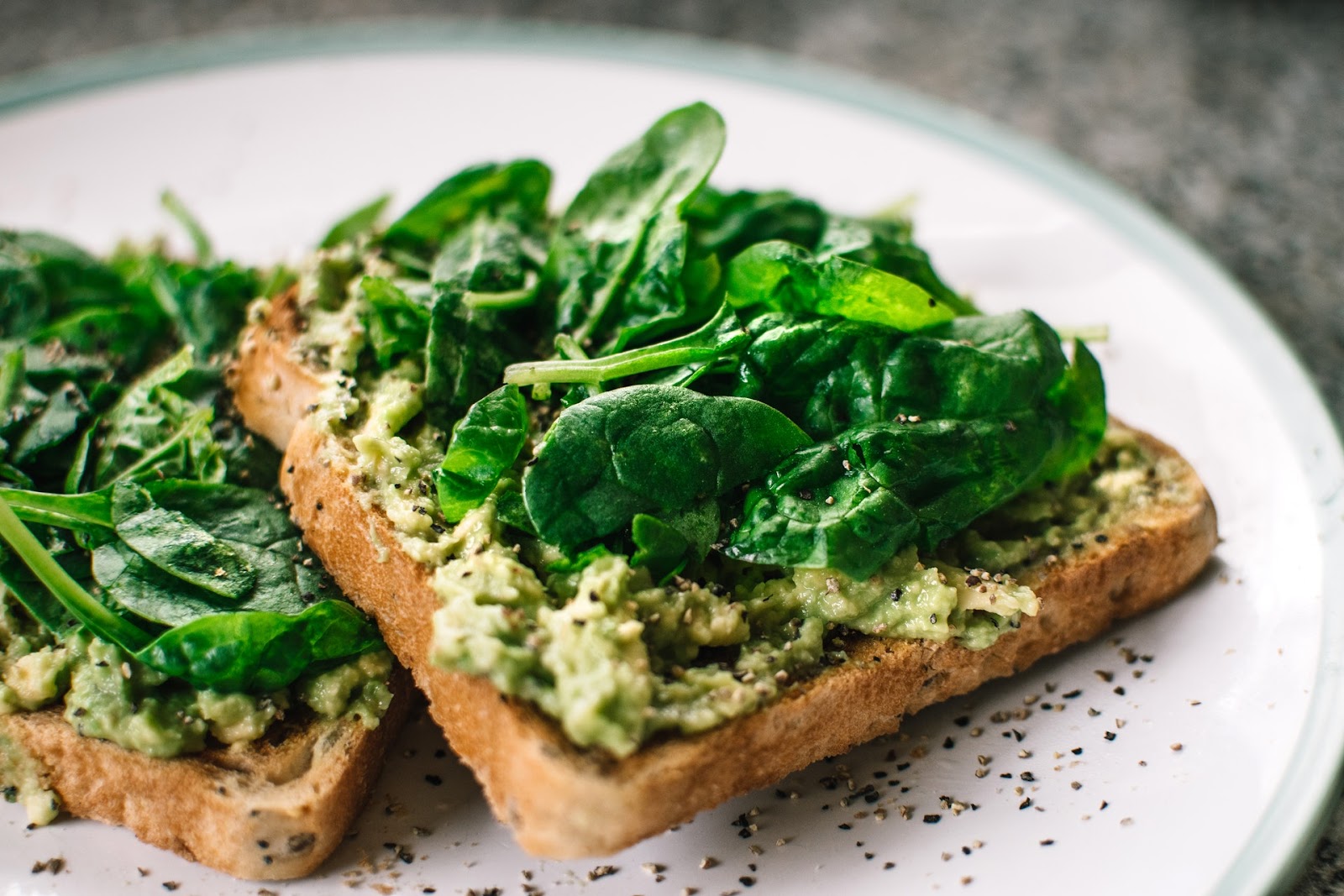 Arugula or ‘rocket’ as the saucy Brits call it, was a popular aphrodisiac among the ancient Romans and Egyptians. It was often associated with Priapus, a minor Roman god of fertility.

Today, arugula’s fans downplay its natural aphrodisiac properties. But arugula is rich in vitamins A and C as well as many of the minerals that are essential for putting the body in its sexual prime. Arugula is also said to help clear the mind, and we all know that getting distracted during intimacy just isn’t sexy.

Although neither of these curative properties specifically raises sexual energy, they are both attributes that promote the right mood for romance. Stay focused, people! 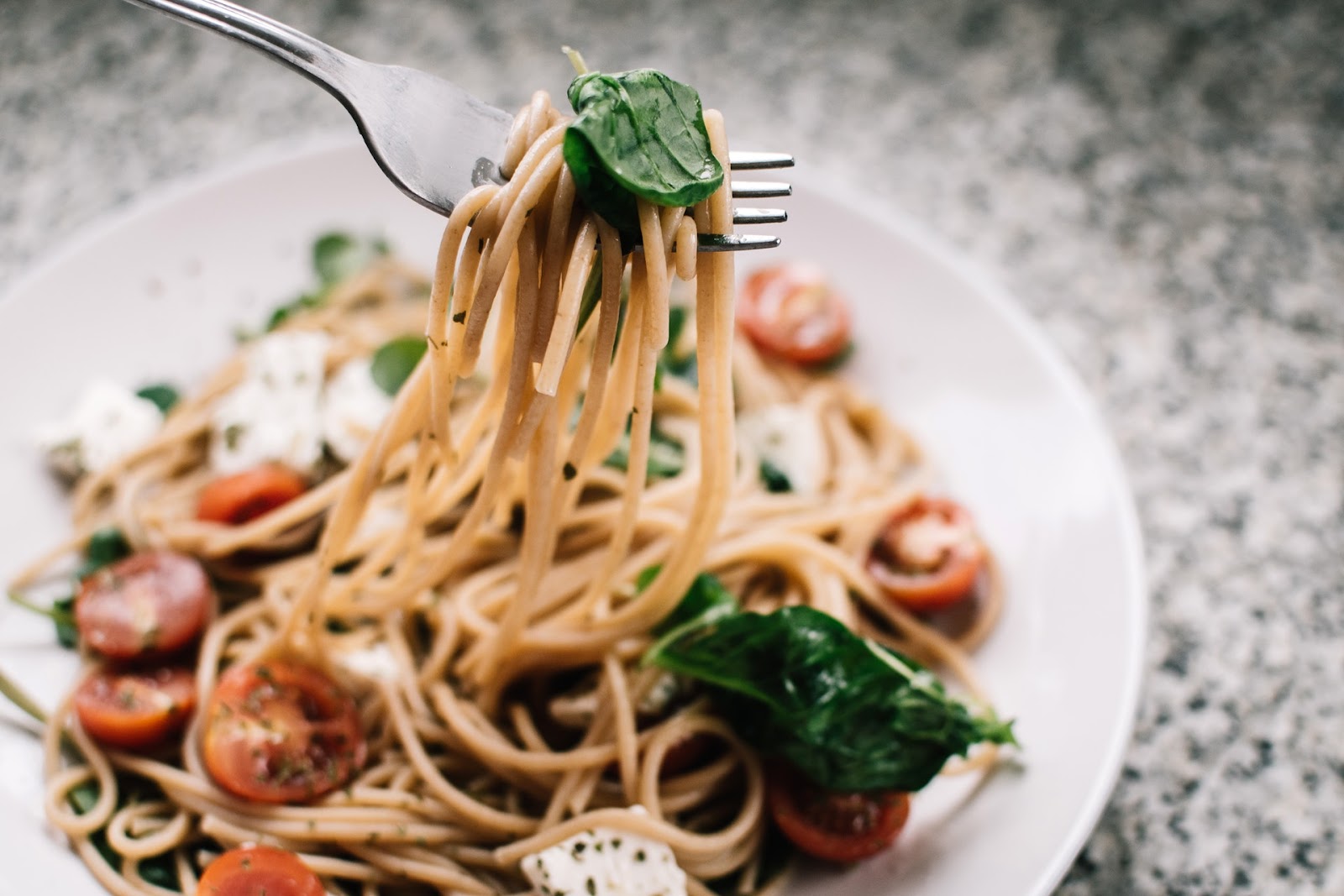 Although it might come as a surprise to pesto lovers, basil leaves contain a variety of libido-lifting nutrients. Basil is a good source of vitamin A, beta carotene, magnesium, potassium, and vitamin C.

There are over fifty varieties of basil grown around the world. Varieties vary in flavor from subtle and anise-like, faintly spicy, to a tinge of lemon. Their shapes range from long-leafed with pointy tips to broad with blunt edges. 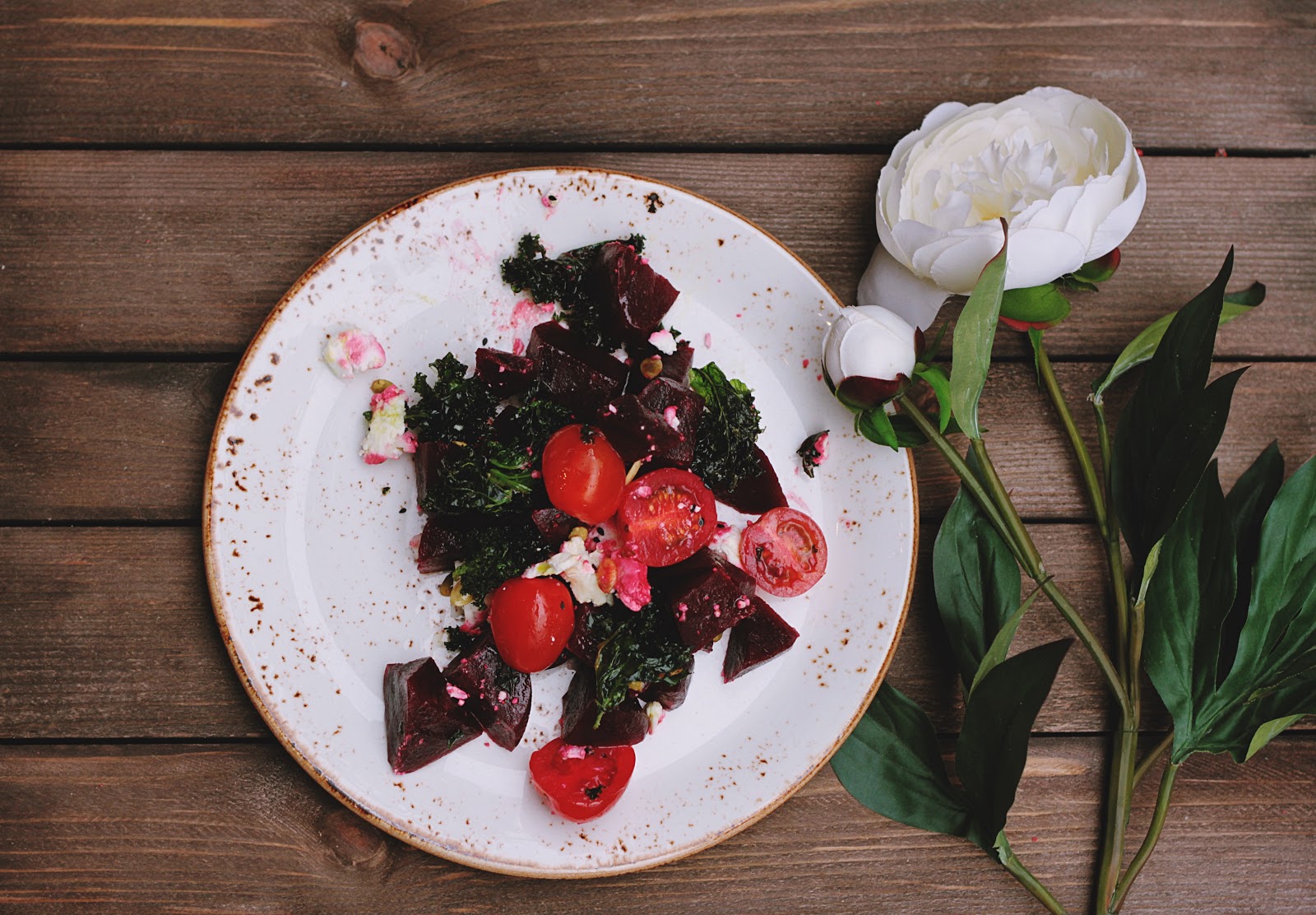 At a glance or a nibble, this red root vegetable may not seem to be the most evocative of foods. However, evidence of beetroot’s power can be found as far back as the suggestive murals on the ruins of Pompeii.

In fact, in 2003 the British Government supported research into the potency of beets and awarded a £126,000 grant to a farmer to market beetroot as the new secret to vitality. The root’s potency lies in its high boron content, a mineral thought to influence the production of sexual hormones as well as improve the immune system. 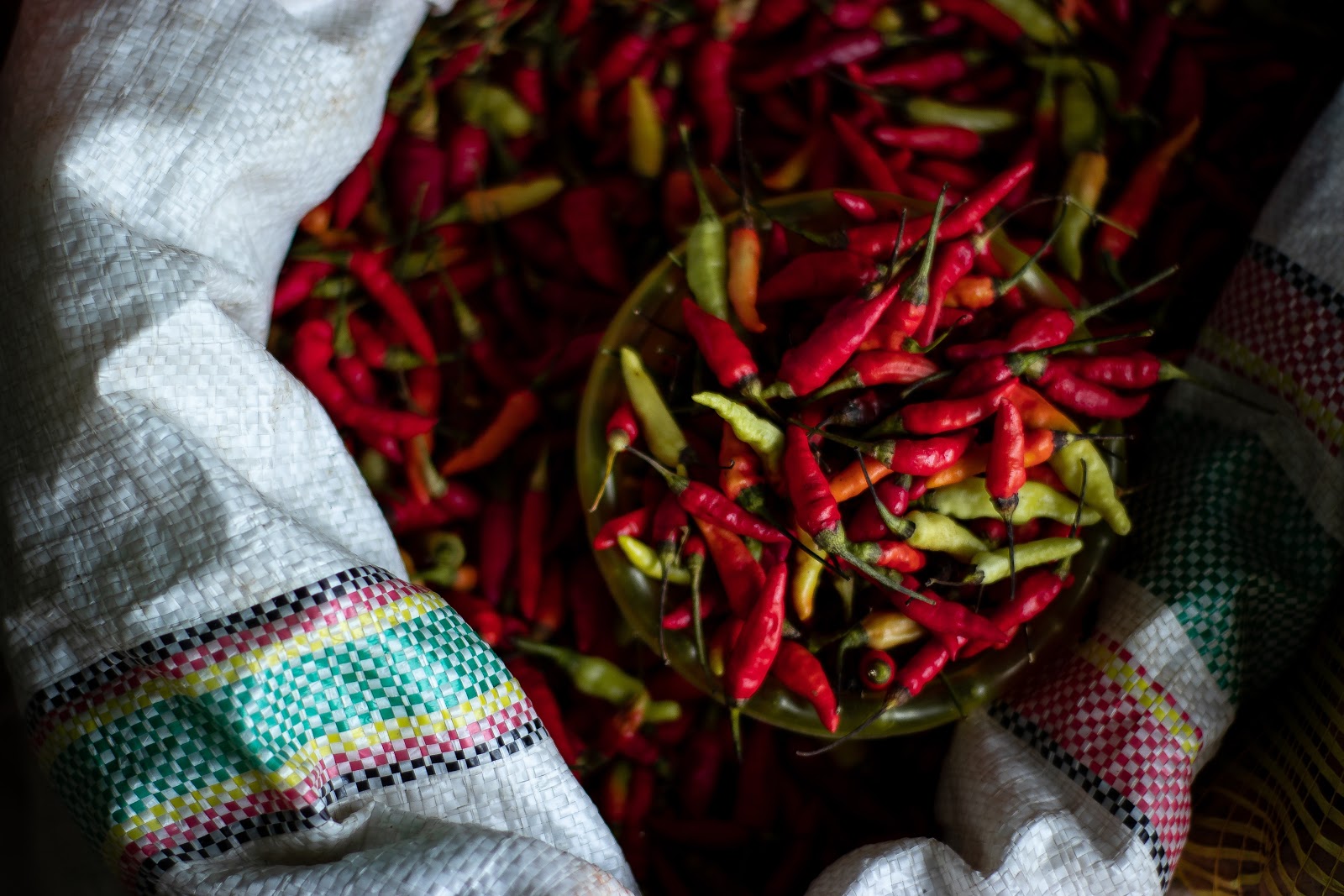 Historically, chili peppers have been used by multiple cultures not only as an aphrodisiac, but as an anesthetic. With the power to raise body temperature as well as cause lips swell to a kissable plump pout, the effects of eating red hot chili peppers can telegraph the visual cues of a sexual flush.

This sexy physical attribute can put a lover’s mind in the mood with as little as one delicious glance. According to legend, chili pepper was used to fortify the chocolate drink that the great ruler Montezuma consumed to make his tongue dance and his pulse quicken in preparation for his daily visit to his beautiful concubines. 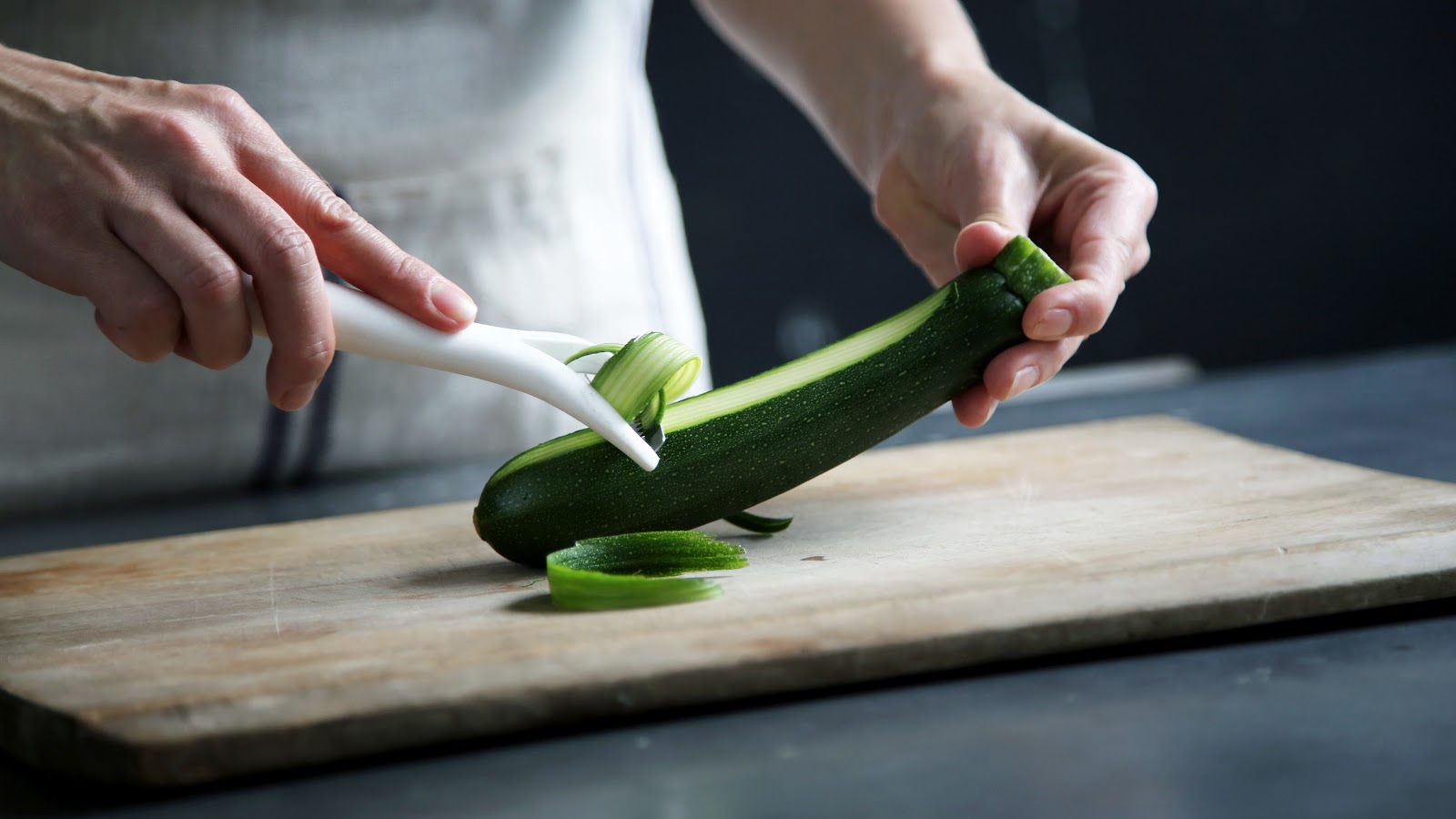 Nutritionally, cucumbers provide several nutrients essential to maintaining sexual health, including vitamin C and manganese. The silica in cucumbers supports connective tissue health, which not only keeps us limber and primed for action, but can aid in maintaining young, vibrant skin.

Of interest to people looking to use food in seduction, a study by Dr. Alan Hirsch found that the scent of cucumbers, in combination with black licorice, is extremely arousing to women. 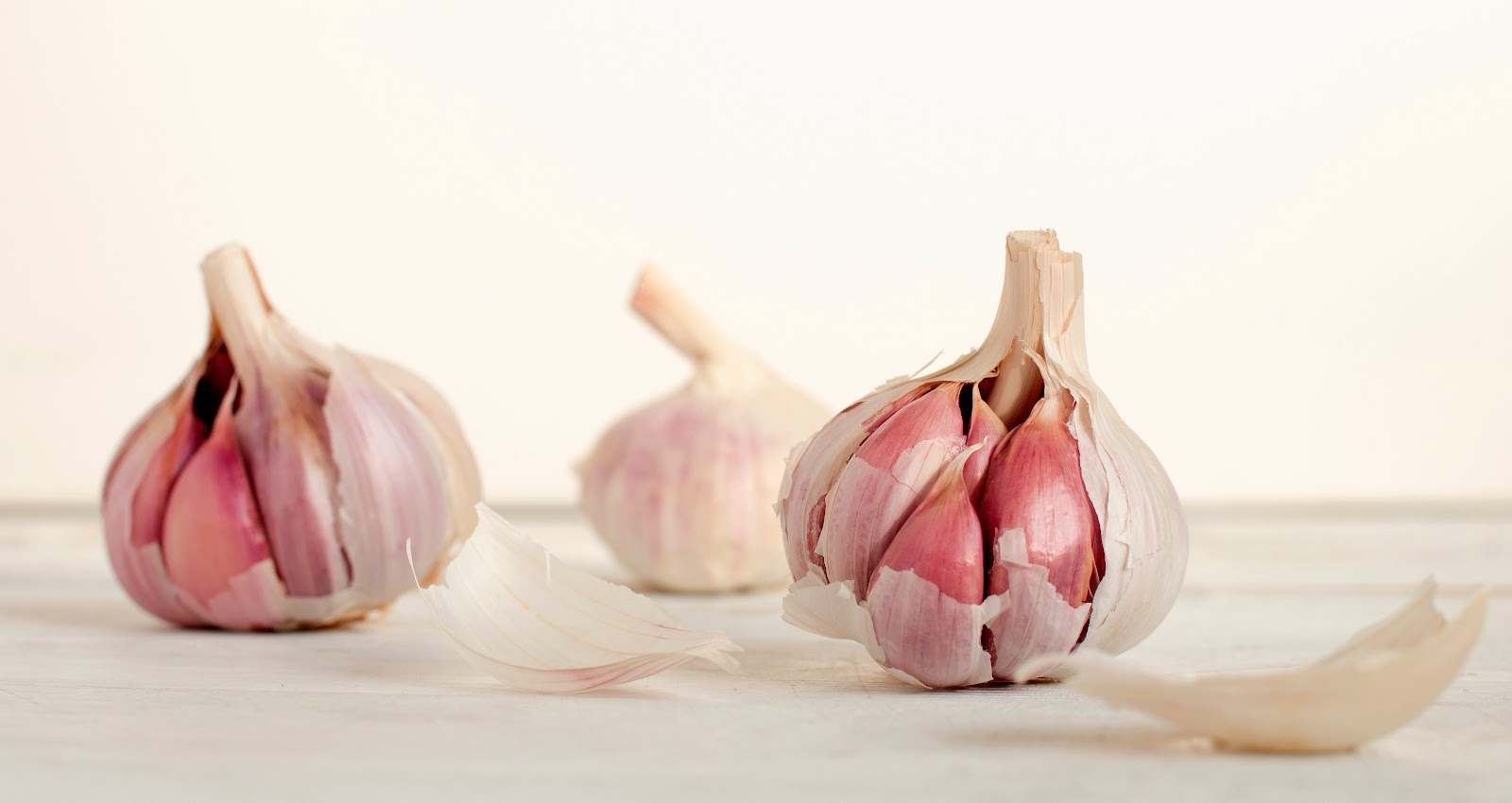 Unlike most aphrodisiac foods, garlic is something that both lovers must consume for its magical properties to manifest into the powers of romance. It’s no mystery of science or magic, however, just common sense: a whiff of garlic breath is about as arousing as the smell of the zoo on a hot summer day. The only antidote is to partake in the feast of sweet stink, numbing the senses to any unappealing odor.

Beyond its reputation as an aphrodisiac food, garlic is one of those mysterious foods touted to inspire extraordinary stamina and unbridled energy. The ancient Greeks fed garlic to top athletes prior to Olympic competition to encourage peak performance. 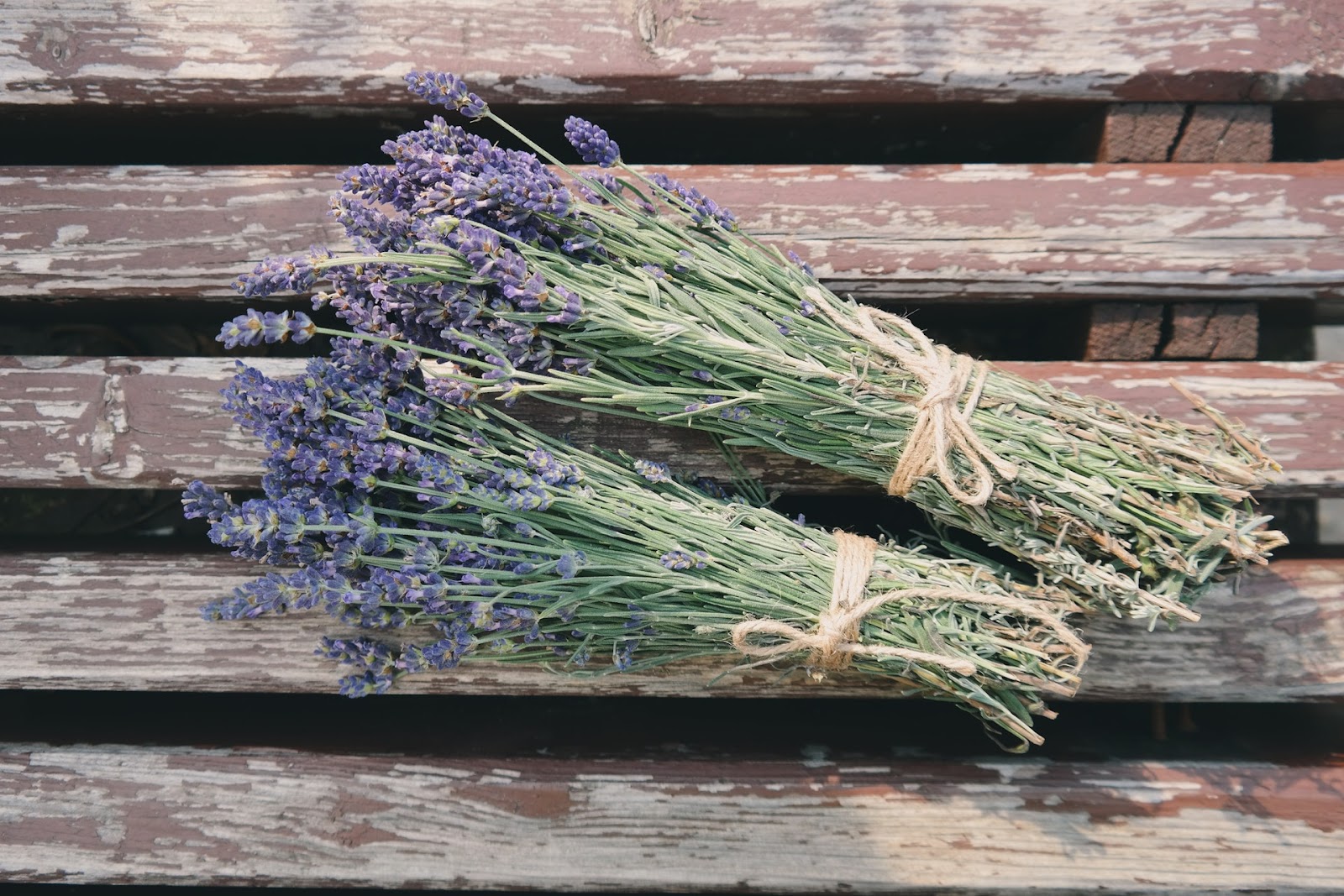 Lavender is one of the most deliciously abused scents in the aromatherapy world. A lusciously aromatic herb, the scent of lavender arouses men more than almost any other aroma in the world, besides hot pizza and cookies in the oven, of course.

Try adding a few fresh-cut sprigs to a wildflower bouquet. The scent alone is enough to drive men wild.For woman who receives a surprise bouquet, well. . . Do your duty, men! 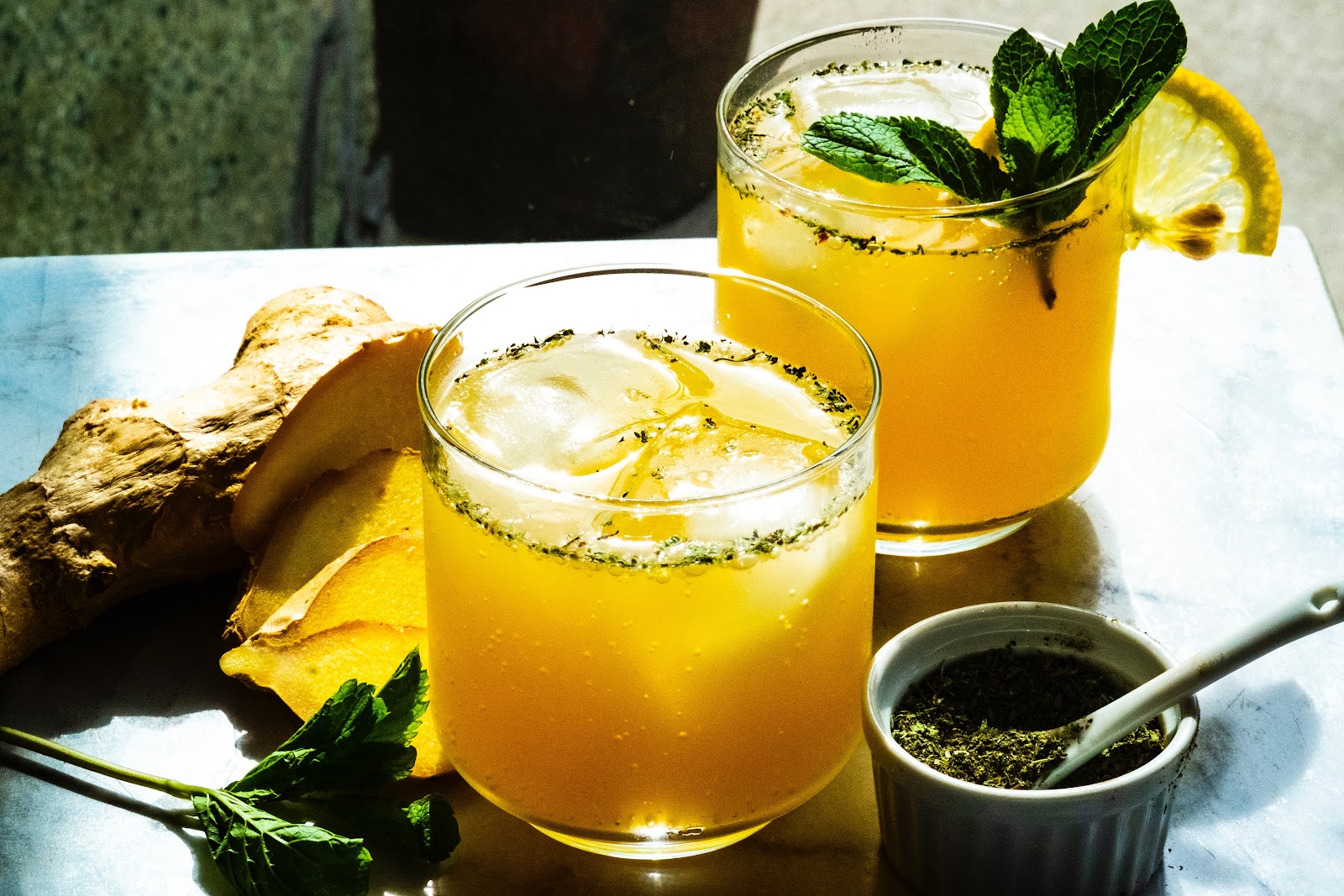 The great philosopher Aristotle advised Alexander the Great not to let his warriors partake of mint while on crusade because of the herb’s potent, aphrodisiac effects.

Mint is named after mythical beauty Minthe, whom Hades found irresistible. When Hades’ wife Persephone learned of her husband’s attraction to Minte, she turned the irritable beauty into the aromatic plant we use today. In her honor, Greek brides often include mint in their bridal head wreaths.

Mint comes in enough varieties to suit any style of seduction. If you like a strong come-on, try peppermint. Apple mint is a good fit for something gentle and sweet. Mint also contains a number of vitamins and minerals that are essential for maintaining sexual health, including vitamins A, C, B2, Magnesium, Calcium, and Potassium.

Best of all, the aromatic impression it leaves on the breath has been shown in case studies to inspire moments of passionate kissing. 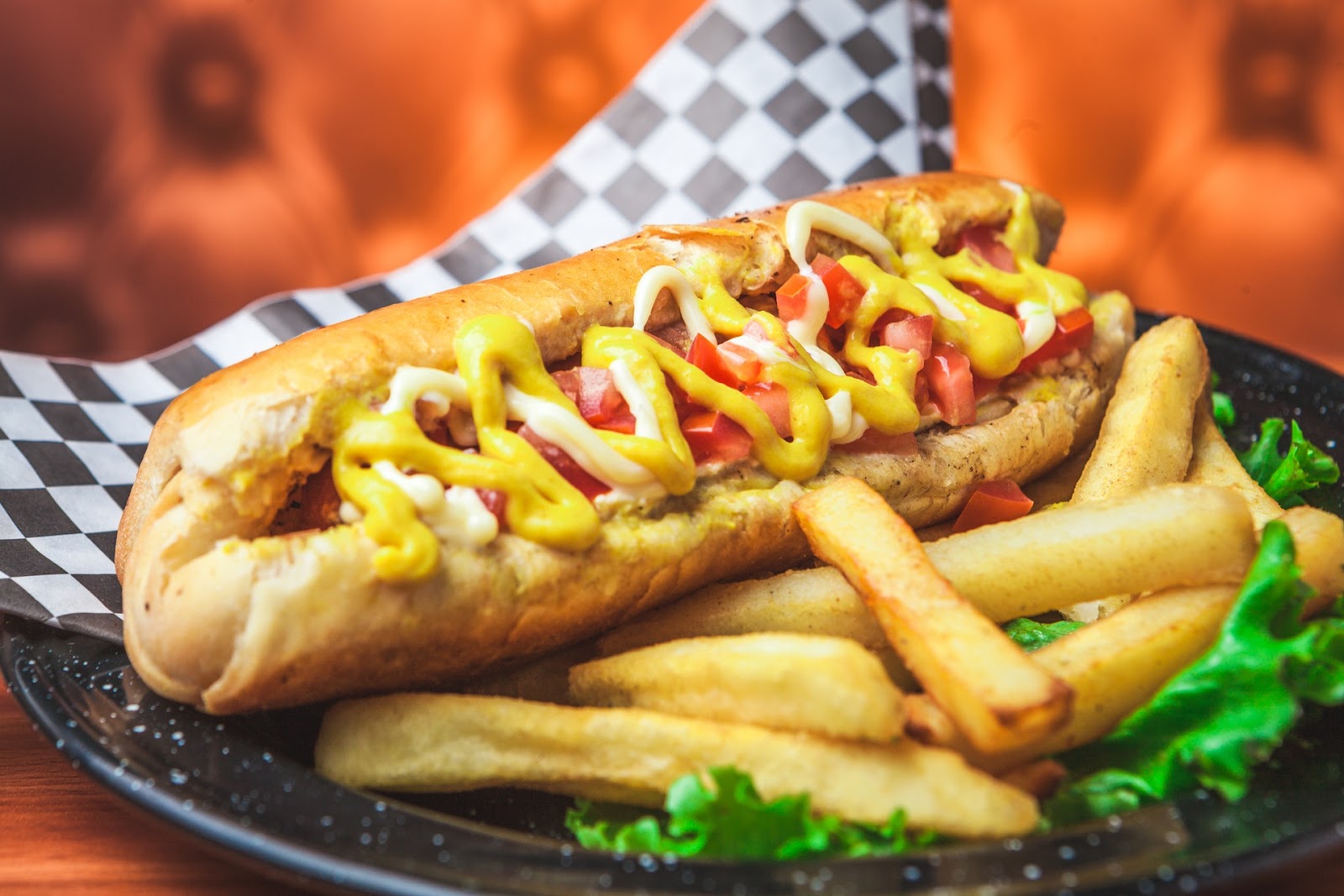 In Europe, mustard has long been considered a potent aphrodisiac. For hundreds of years, monks were not allowed to ingest mustard, as it was believed to lead men of God down the path of temptation.

The Greeks first documented mustard’s ability to increase circulation. Good circulation leads to good sex! That may be why mustard was regarded as a sexual aid throughout most of European history. In China, however, mustard seed was thought an aphrodisiac not only for its heat in the mouth, but its ability (when ingested in large enough doses) to warm the body as well.

Mustard’s pungency is part of what earns the seed its aphrodisiac classification. Its intense, spicy flavor is credited with increasing the body’s adrenaline levels. According to Australia’s Dr. Max Lake, mustard causes “maximal stimulation of the pain fraction of taste.” It is this balance of pain and pleasure that brings eaters to gastronomic climax.

Referencing the World's Healthiest Foods website, we discovered that part of mustard’s aphrodisiac power probably lies in the nutrients it supplies to the body. Mustard is considered a respectable source of selenium, magnesium and omega 3’s, all essential for maintaining sexual health! 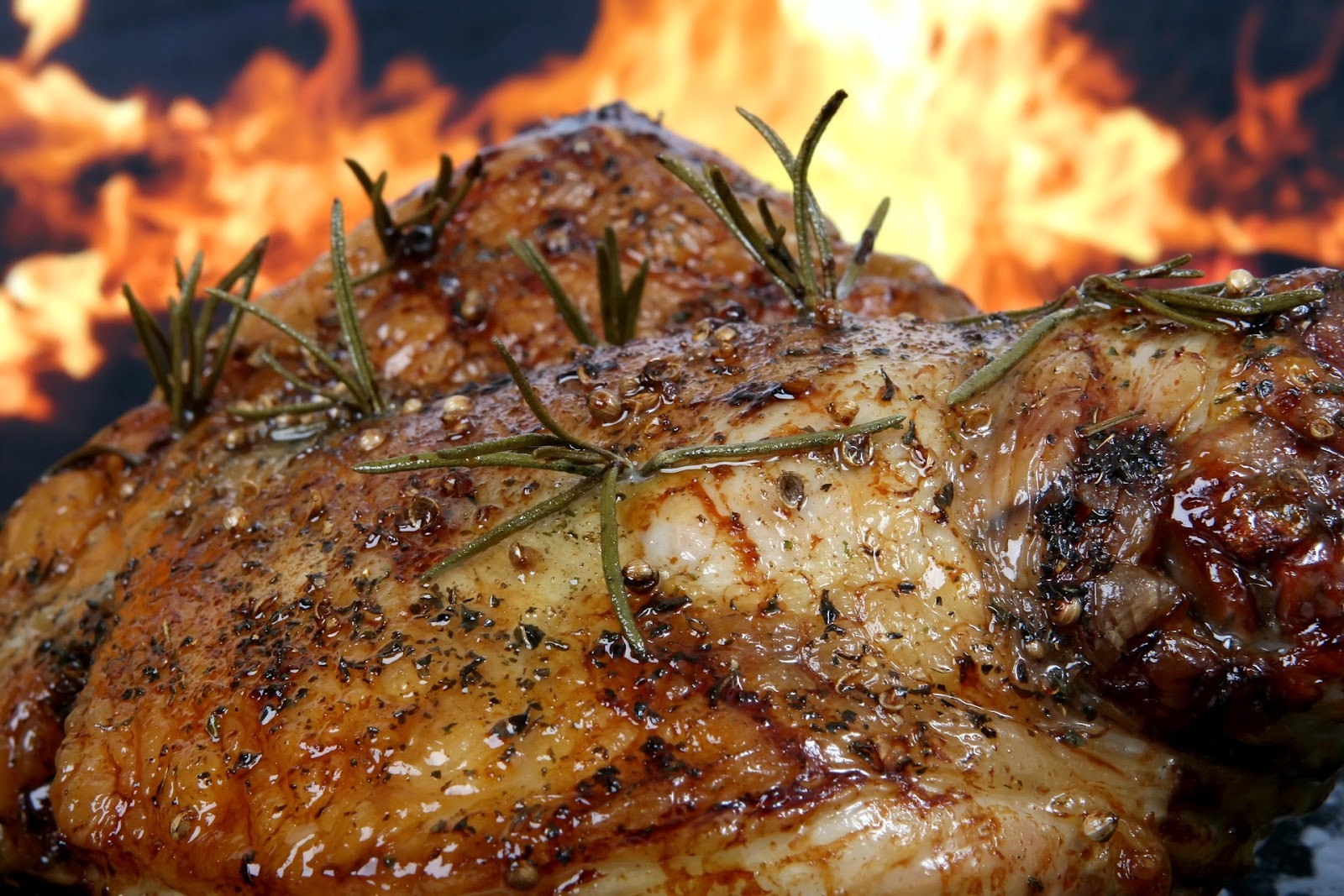 Folkloric legend associated rosemary with the Virgin Mary, for whom many originally thought the herb was named. But it was actually named for Aphrodite/Venus. In many early depictions, the goddess of love was portrayed clutching or wearing a sprig of the fragrant herb.

Placed under your pillow, rosemary is thought to promote pleasant dreams. Steeped as a tea, it can calm nerves. In ancient Rome, the herb was considered an aid to empowerment. And perhaps, used at the right time and for the right person, rosemary may find you love. 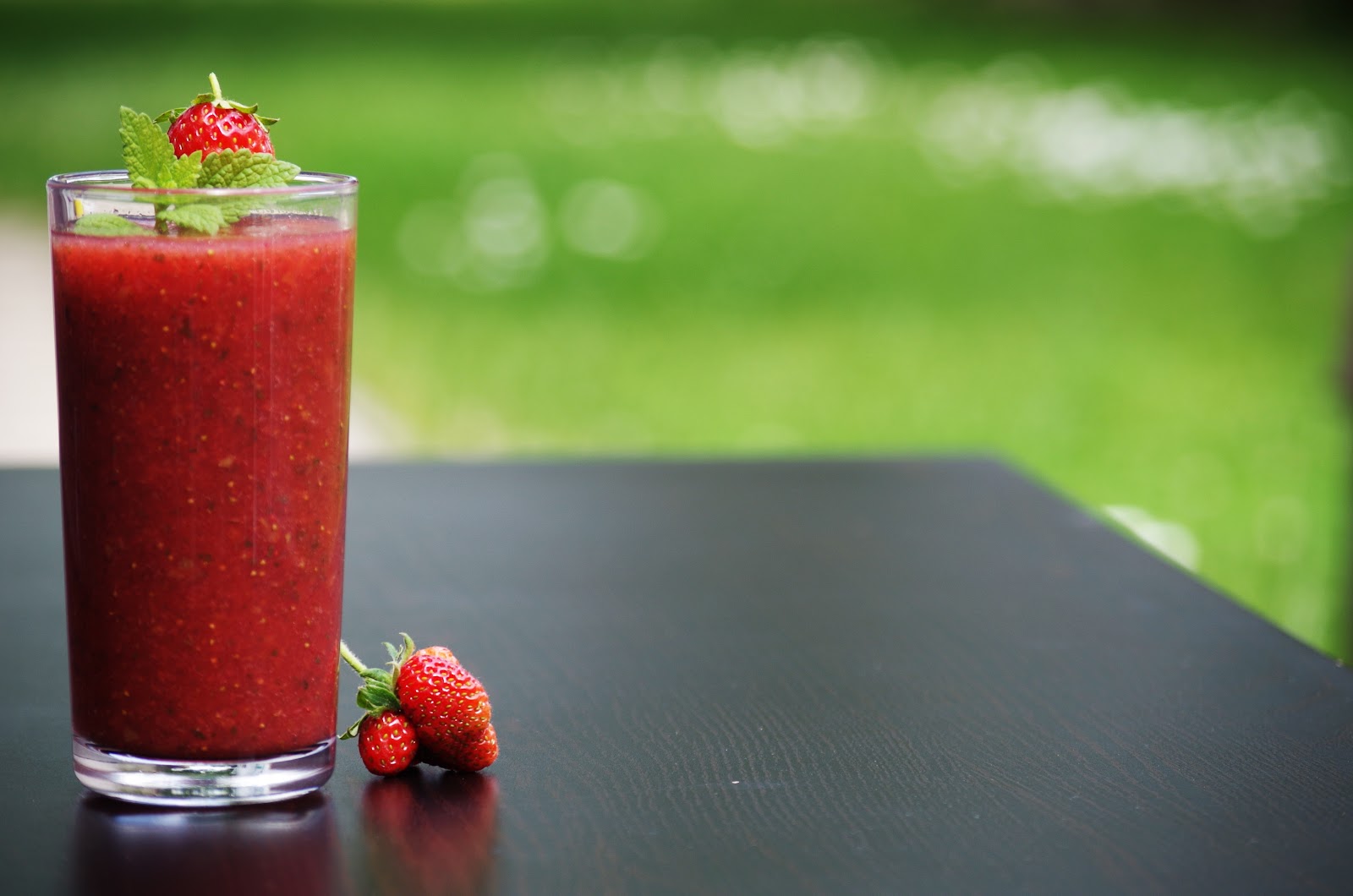 A perfect little red heart, the strawberry is an edible Valentine! Touted as an aphrodisiac fruit since the times of ancient Rome, the strawberry was a symbol of Venus. In the French countryside, there was once a tradition of serving newlyweds cold strawberry soup to help promote the aphrodisiac of honeymoon romance.

Because they are the perfect shape and size for dipping in chocolate, strawberries can be used as a simple tool of seduction. Try taking a premium chocolate and melting it gently to a delicious, sweet cream. Strawberry shortcake offers a more complex treat using this aphrodisiac fruit. Serve with ample whipped cream behind a locked bedroom door.

We hope you enjoyed a bit of our jesting, and will leave you all with one of our favorite quotes that’s appropriate today and everyday.

Here’s a little poem about the power of spices, herbs, and flowers.

Visit Eat Something Sexy for a complete guide to aphrodisiac foods.